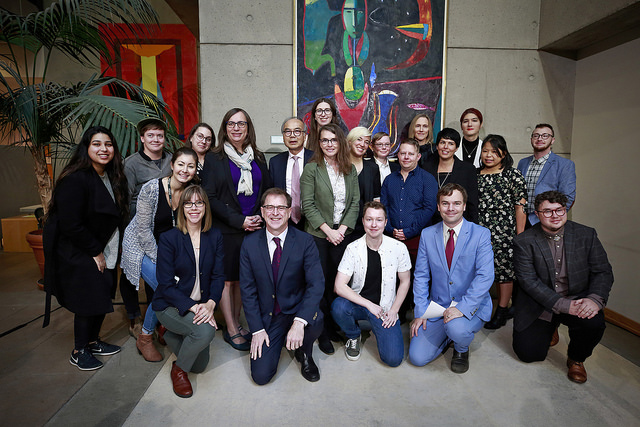 Transgender people in British Columbia will soon have access to publicly funded gender-affirming lower surgeries within the province, as British Columbia becomes the first province in western Canada to offer these procedures next year.

“The trans community has advocated over a number of years for improved access to care, including access to complex lower surgeries within B.C.,” said Adrian Dix, Minister of Health. “For those seeking lower surgery, people were required to travel to Montreal or to the U.S., resulting in additional medical risks associated with travelling long distance after surgery and in receiving followup care if there were complications.”

Reconstructive gender-affirming surgeries will be available within Vancouver Coastal Health starting in 2019. In addition, trans people throughout the province now have improved access to publicly funded gender-affirming chest and breast surgeries. A total of 14 surgeons will provide these surgeries in Burnaby, Kamloops, Kelowna, Port Moody, Prince George, Vancouver and Victoria.

Previously, to receive publicly funded gender-affirming breast augmentation or chest construction procedures, people had to travel to Vancouver or Victoria. For those seeking lower surgery, people were required to travel to Montreal or out of the country.

“We are proud to be the first province in western Canada to provide these surgeries,” said Dix. “While B.C. funded these surgeries, they weren’t being delivered close to home and support systems, and that is what we are changing now. This is about bringing care closer to home and offering an enhanced, more efficient, cost-effective solution.”

The number of people travelling out of the province for lower surgeries has been steadily increasing each year with approximately 100 people going outside of B.C. annually for care. Over 200 chest and breast surgeries are expected to take place throughout B.C. in the coming year.

This expanded access to gender-affirming surgery is part of the Province’s new B.C. Surgical and Diagnostic Imaging Strategy, which is supported with ongoing targeted funding of $75 million from the Ministry of Health in 2018-19, and increasing to $100 million in 2019-20.

“With increased access to physicians, surgeons and other medical experts who are knowledgeable about health care for trans people, we have seen an increase in demand for gender-affirming surgeries. When we were planning the Trans Care BC program, we heard from trans communities that training more surgeons and establishing a surgical program for lower surgeries in B.C. was crucial to improving access to this care. It’s very rewarding to know that after years of planning and collaboration, people will soon be able to receive gender-affirming surgeries closer to their home communities and support systems.”

“Having personally travelled out of province to access similar care, this is a significant step forward in improving the patient journey for British Columbians requiring these procedures. Offering services closer to home reduces additional stress, uncertainties and expenses for individuals and their families. It’s reassuring to know that we will have improved access to experienced care providers throughout the entire process, within our home province.”

To learn more about Trans Care BC, visit: www.phsa.ca/transcarebc